There are some women who inspire you and remind you of a quote by Diane Mariechild that, “A woman is the full circle. Within her is the power to create, nurture and transform.” Parvati Vaze who is an actress and a fashion stylist spoke to Tellychakkar and revealed her desire to work with directors Christopher Nolan and Rajkumar Hirani, she spoke at length about her love life and much more. Excerpts from the interview –
How did you parents feel when you achieved what you did?
Well, I am not from a typical middle class family but I am from a cosmopolitan family. My father is in the air force and we have lived all over and with the kind of exposure, I had it was not something that a lot of people get to experience growing up in terms of getting into acting. After pursuing fashion designing, my parents have always been very open and accepting to whatever the children wanted to do, so initially I was hesitant a little as I knew what kind of volatile profession it can be. But you know, I always had their support when it came to doing what I wanted to. Therefore, acting was not difficult for me. It’s just a matter of time making up my mind to do so.
Were your parents okay with you doing TV?
It was exciting to see me on TV, their perceptions for you have changed so it was nice feeling. But in terms of my family I don’t think that it has changed me, and I am proud of whatever I have achieved and whatever that I have”.
How was the first shot in front of the camera like?
Well I said I had been doing ads so I had faced the camera before I started even doing Bachna Ae Haseeno or any TV shows, as I was fashion stylist I have seen the camera a lot and I have seen the people and I know how do they respond. I know a lot of people have anxiety when they get in front of the camera. But, I didn’t honestly feel that gush, a complacent. I was pretty confident.
How was it working with Hussain Kuwajerwala?
I obviously knew Hussain and when did I came back to India, I knew he used to host lot of TV shows and I knew him by that .
When I first met him I realised that he is so much accomplished as a television personality, and yet is such a normal person. He is so down to earth, easy going and humble.
What qualities would you desire in your man?
I want my man to be humble, funny and someone who is self made in whatever he chooses to do and yes, he should also want to be with me (laughs)
What kind of work do you want to do in future?
I am very happy doing my show but yes, I like to continue doing more challenging work. Right now, the first thing coming to my mind about the kind of work I want to do is a woman-centric show.
Which director do you dream of working with?
I would like to work with Raj Kumar Hirani, he is amazing I love the way he make films if I get the opportunity would love to do something with him also I would really like to work with Christopher Nolan. So far I know it will never happen but if it does, I get the chance I would like to work with them. 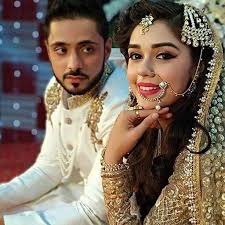