Mansi brings soup for Kokila. Kokila takes it, Gopi says wait a minute maa ji. Mansi says whats your problem Gopi. Urmi says wow they are going to fight again. Gopi makes ahem taste the soup. Ahem says it has a lot of salt, you know this can be dangerous for her. Mansi tastes it. She says i am really very sorry, I didn’t do it deliberately.

On the other hand, Mansi is being rude with rashi. She says to Rashi don’t go close Ahem, let him do his work. Rashi says but I am not disturbing him. Mansi says ahem doesn’t like it when someone touches his stuff.

Off screen: Kokila says she made the soup , it had a lot of salt. Mansi says everyone makes mistakes but since its me so Kokila has made fuss of it. Mansi says rashi is rude with me. She dislikes me. 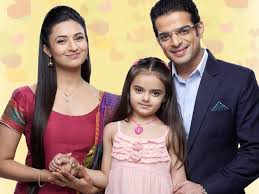 Maani gives Shagun a rose, they drink and dance together. …

Rana and Rani are romancing. Reporter says Saawan has got …