Disha asks Bhabho to kill a guy while someone else is pointing a pistol at Sooraj. His wife pleas not to kill him but Bhabo has to shoot him. The blood comes on her face. Sooraj tries to console bhabho later. He face is covered with blood. Bhabho never wanted to kill that guy but Disha forced. Bhabho is in distress.

Sandhya will save this plane later. She will disguise Zakir as RK and will go to the plane herself. She will save the passengers. She will be confused as the guy bhabho shot will be dead. This will slowly wither bhabho as she thinks she has done this sin. All the terrorists will be arrested. 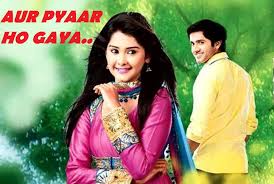 Swara asks Urvashi to leave the house. She accuses her …