Looks like the idea of doing a special episode of Sony Entertainment Television show CID didn’t quite excite the latest heart-throb of Bollywood Neil Nitin Mukesh. According to sources, the actor was to do a special episode in the show promoting his movie Jail but he backed out at the last minute. Actor Hemant Chadha was then lined up as a late replacement.

Informs a source, “For this particular episode which is to air on Friday we roped in actor Neil Nitin Mukesh who was to promote his movie Jail. But the actor couldn’t make it as he had to back out at the last minute due to date issues. We finally roped in Hemant Chadha.”

An actor requesting anonymity says, “This is what we all were hearing that Neil Nitin Mukesh has been approached to do this special episode but we haven’t seen him yet. He might turn up as we are still shooting for that particular episode.”

However our source affirms, “We don’t see the chances of Neil doing it as today is the final day of shoot. That is what we have been learnt.’

Talking about the track, our source says, “This is the tale of an innocent guy who gets jailed after being framed under wrong charges but later he helps the cops find out the real culprit.”

When contacted, actor Hemant Chadha, said, “Yes, I am doing an episode of CID but I am absolutely clueless about Neil Nitin’s involvement.”

We sent a text message to Neil who claimed that the news isn’t true. SET marketing head Danish Khan claimed ignorance to such news.

However, producer BP.Singh didn’t mince words in laying the blame on the Bollywood star. “Don’t know what excuse he gave but he ditched us at the last moment. We had written a story which included Jail sequences,” chided Singh. 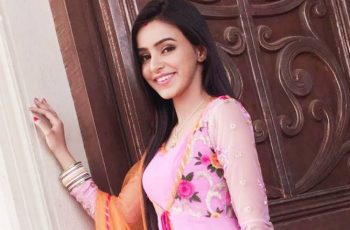 A lot of emotional moments are being witnessed in the …
She will be seen on screen after 9 years.. Veteran …