Home
News
It takes a lot for a woman to live life on her own terms: Tridha Choudhury

After tasting success in Bengali and Telugu cinema as well as acting in the popular television show Dahleez, Tridha Choudhury is back to win hearts in digital premium show ‘Spotlight’ on Video on Demand service Viu.
In the recently released trailer of the show, Tridha seems to be playing the boldest character she may have essayed so far in her career.

In a tete-a-tete with , the actor spills the beans on her role as a Bollywood starlet in Vikram Bhatt’s ‘Spotlight’ that has set the rumor mills abuzz on which reigning heroine is Tridha playing in the show.
We have watched the trailer of your soon to be launched show ‘Spotlight’. Tell us something about the show and your role in it?

Spotlight is the story of a girl who hails from a small town aspiring to make it big in Bollywood. As the story unveils, it takes us through the journey to stardom of Sana and the hurdles she goes through to make it big in the world of glitz and glamor. What makes her character interesting is that she is a go-getter who doesn’t conform to the constricting rules set by society or even the entertainment industry. The show also covers her quest for true love in an industry where love is elusive.

It takes a lot for a woman to live life on her own terms and this is all the more accentuated in Bollywood. Beyond Bollywood, ‘Spotlight’ can be the story of any girl and the choices she makes through life.

The show poster released exclaims “Bollywood Exposed”. What’s it that is going to be exposed on the show?
When one thinks of tinsel town or flips through film magazines, entertainment supplements of newspapers or even portals like , one is led to think of celebrities as people who are living it up by turning up dressed to the nines for red carpet events, inaugurations or page 3 parties. That’s the façade of the entertainment industry anywhere in the world.

What’s behind the façade are the personal sacrifices, the insecurities which manifest and the struggle to carve a niche for yourself. The show interestingly brings out the irony of the darkness you are in when you’re under the spotlight. You may be at the top, but you are alone.
Many have been wondering which reigning Bollywood heroine you are playing in the show. Let us know.
I believe Sana’s character represents every actor who has overcome personal and professional hurdles to reach the top – be it in the industry or be it in his or her caliber of performance. Actors are human beings afterall and Spotlight decodes the plain faced human being behind the mask.

What’s the reaction you are receiving post the Spotlight trailer launch?

It’s been overwhelmingly positive. This is my debut in a digital show and doing so with a character much different from one that I have played till date. Am sure my fans would love the show when it releases on 31st March on Viu.
You are seen getting intimate with three men in the show. Tell us something about the relationships in the show?
There is a mix of everything – true love, love that is lost and love that can be used to your advantage. It has been woven very well into the story and is an integral part of the story line.

Were you apprehensive about kissing on screen?

How could I have carried the role of a Bollywood star if I was not ready to kiss on screen? Audiences have matured and you can’t fool them anymore by hiding behind 2 roses like in earlier times. I am passionate about acting and it was a requirement in order to bring the script to life. The stereotypes are breaking with time and no longer is a big deal in Bollywood. We are here to portray characters in line with the story.

You had the quintessential ‘Girl next Door’ image as the righteous Swadheenta of Dahleez Were the Goa bikini pics a conscious effort to bring about a perception change before the release of Spotlight?
Absolutely not. I enjoy travelling and after so much hard work I deserve to enjoy vacations, right? Wearing a bikini on a beach is no big deal.
I am an actor at the end of the day. For someone in the world of showbiz, the garb of glamor is something to be comfortable in. It’s just that people tend to associate you with the characters you play.

What do you feel about TV actors turning to the web? What attracted you to do a web-series?

The web or the current trend of ‘Originals’ on Video On Demand services offers actors another avenue to showcase our talent. The good thing here is that you have the license to experiment with different roles; something which may not be possible on a television show. The audience you perform for is also different from that of TV.
Lastly, do you think your role in Spotlight will be your ticket to Bollywood?

At present I am eagerly waiting for this month-end when viewers will get to see a different side of me. Every actor dreams of being a part of Bollywood. I am lucky to have portrayed a Bollywood starlet and have lived that life on-screen. I’m optimistic that if the right opportunities come my way, I’d deliver my very best.

Spotlight launches on 31 March on Viu. 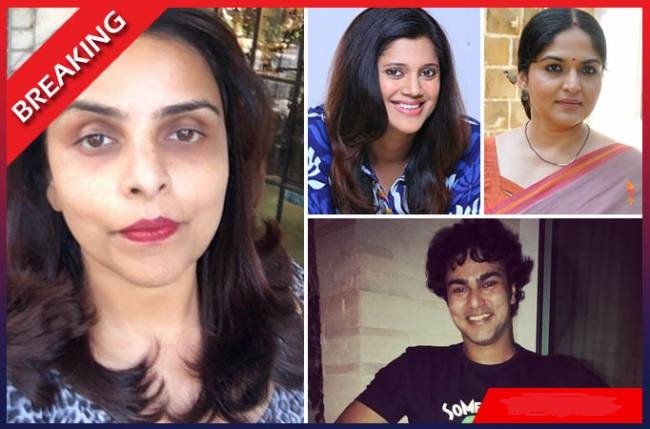 The woman with a vision, Sonali Jaffar, who introduced a … 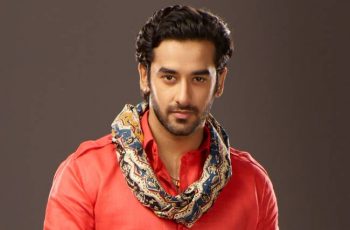 Vishal Vashishtha has become a known face in every other …