MUMBAI: When the biggest superstar gears up to reveal the theme for this years Big Boss, season 12, one can expect nothing less than a brilliant reveal. Known for his passion, creative inputs, improvisation and grandeur, Salman Khan is all set to unveil the official theme of the upcoming season of Big Boss.

The word ‘jodi’ usually resonates with Husband-Wife, boyfriend-girlfriend etc. However, Bigg Boss season 12 is all set to change the perception of jodis, with its unique theme ‘Vichitra jodis’. What you can’t do alone, you can do in pair for example Saas-Bahu, Mama – Bhanja, Boss-servant, these duos will definitely take entertainment to a new level. Salman Khan, who will be hosting Bigg Boss for the ninth time, recently shot for the promos of the show. Each year, Salman Khan, takes charge and adds a new dimension to the show with his swag, wit, attitude and overall personality.

A source from the set happily revealed that while shooting for the promo, Salman Khan incorporated few of his signature dance moves from his popular movies. While the cameras rolled, Salman’s prompt inclusion of his famous ‘Jawaani Phir na aye’ towel step in the script made it through the first cut.

Similarly, another promo viewers will see Salman walk past the many posters of renowned Bollywood movies. The megastar broke into a quick jig and concluded the promo with his famous Dabbang step. Adding more excitement to the promos, audience will also see Salman Khan humming to his famous song, ‘Dil Di aa gallan’ from Tiger Zinda Hai.

Commenting on Salman Khan’s improvisations, a source revealed, “Salman Khan always adds his magic touch whenever we shoot with him. From the time he enters the set, the energy on the sets is high and the entire unit gets motivated to give their best. This time too, he added his own charm to the sequences, making it truly entertaining and engaging.” 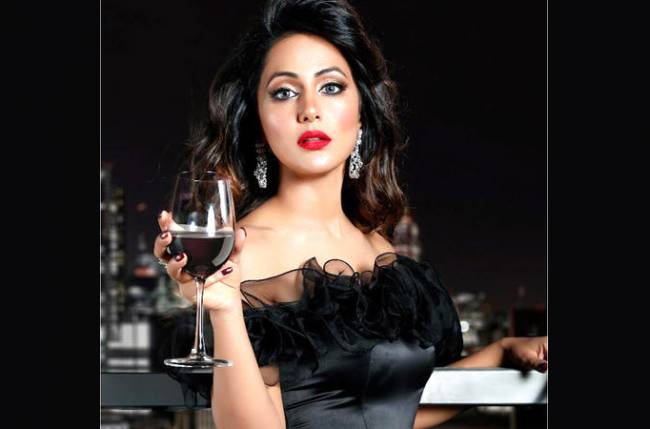 MUMBAI: Actress Hina Khan says people, including her, are addicted …
the first to break the happy news of the numero …