Sona and Tolu comes home after doing wedding, Kokila is shocked and is about to slap Sona but Sona holds her hand.

Off-screen Sona says that sona is like this, she cant allow anyone to slap her and Tolu knows this so if he has married her then he has to bear her tantrums too.

Kokila says off-screen that the one who shouts too much are nothing.

Reporter says, Kokila is breaking down seeing her family in problems.

On-screen, Kokila says to Lord that till when he will taking their test? what wrong have they done?

Reporter says, we know Kokila will not breakdown, she will stand infront of Gaura and Gopi’s mom and Gopi will provide support to her, and also her family.

Off-screen Kokila says, all are attacking Kokila but I am strong and will rise above all this.

Akshara comes home and the usual day routines have started. … 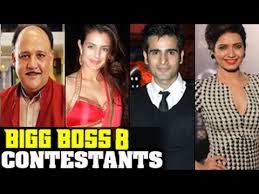 Sukriti is seen talking to Upen Patel. The contestants are …