Maha episode of kali and sarojini. Sarojini is brought in the temple. Jethi maa brought her to temple, as the tantrik suggested her to give sacrifice of a newly bride. Sarojini cries as she is put to keep her head on the flat surface.

Kali comes and saves Sarojini. Sarojini puts the Shiv arrow and fights with Jethi Maa. She gives enough lecture to Jethi maa for her blind faith. 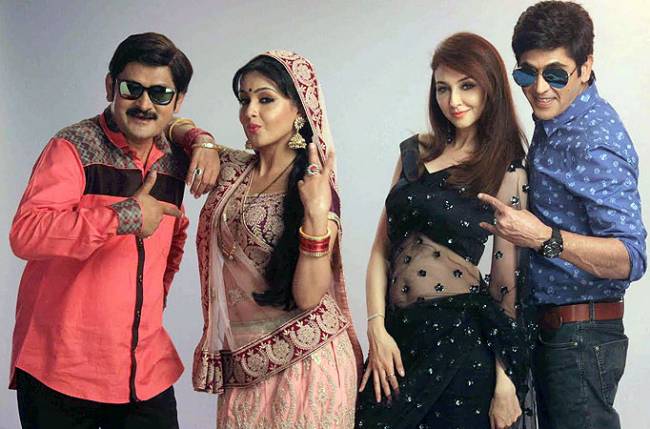 Sid and Roshni’s dance blindfolded on the song Aaj phir …