Zehnaseeb song plays while Rachna – Kabir and Mayank – Gunjan dance on the song. Reporter says, romantic numbers starts after the wedding is announced. The couple to be married and also married couple also dance with them to show their chemistry. Rachna and Kabir are dancing again. Rachna is showcasing her emotions to tell the world how much she loves him.

Rachna is looking very much in love with Kabir. Aye Mann Karta aye……………plays. Mayank and Gunjan showed that they are quite romantic and loves each other a lot. Mayank and Gunjan are seen romancing. Reporter says, everyone geared up for their wedding and dancing with the couple.

Dawat E Ishq hain plays………….while the family members dance with them. Reporter says, don’t know when this marriage happens. Twist and turns are part of the show. Keep reading. 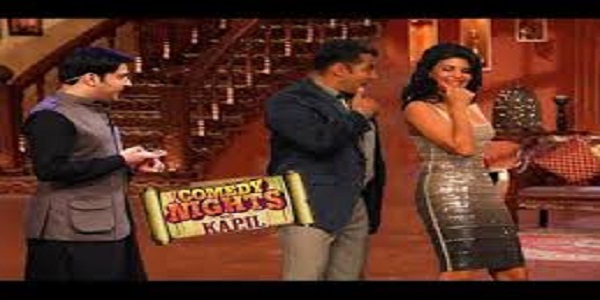 Kapil welomes Jacqueline fernandez and Arjun Rampal to the show …

Twinkle scolds the goons who teases her. She lifts her …