The talented duo Raghu Ram and Rajeev Laxman launched their first web series A.I.S.H.A last year on Arre that brought about a lot of appreciation.

Starring Rannvijay Singh’s brother Harman, the series tells the tale of a guy who is on a hunt to find his virtual girlfriend A.I.S.H.A (Artificial Intelligence Simulated Humanoid Assistant).

After a successful season, the makers have launched their next, that is touted to be more exciting and fun.
Playing the lead role in the installment will be Paanch fame Rashi Mal.

Taking up the role of a computer hacker Abigal aka Abby, she will be seen ably supporting Sam in finding AISHA.
The web series launched its first episode yesterday.

When we called Rashi, she confirmed the development and shared, “I am really excited to be a part of the web series. It has been produced as per international standards and I am sure audience will be hooked to it. Last season the makers built the drama, this time it is going to be a thrilling experience.”

The actor will be having an arranged marriage. Its been … 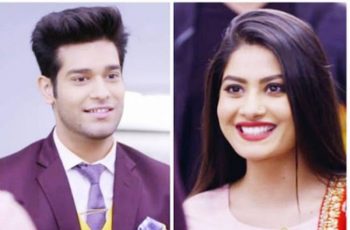 The ongoing track of Yeh Hai Mohabbatein is high on …