Recently, a reunion of sorts happened when all the three Naagin actors shared the stage of Kitchen Champions. The show, Kitchen Champions, is hosted by Arjun Bijlani, while Surbhi Jyoti and Karanvir Bohra along with his wife Teejay Sidhu were guests on the show. They had to cook off against each other on the show and impress the kids present there. While being on the show they realised how they were all a part of the same show’s trilogy, and what followed was some goofy acts by the trio.

Karanvir even took to Instagram to share photos of their reunion, and one photo is a hilarious one. In the photo, the trio can be seen making a snake pose. He shared another photo in which they can be seen posing with Teejay Sidhu. 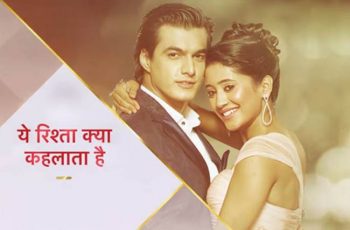 MUMBAI: Star Plus’ Yeh Rishta Kya Kehlata Hai is one …