Home
News
MTV promotes safe sex this World AIDS Day; urges youngsters to ‘get it on’

MTV, the universe of the young and the final word on everything related to youth does, has an important message for youngsters this World AIDS Day as well.
Unveiling its campaign for promoting safe sex this World AIDS Day with the message #Letsgetiton, MTV has created a film about a boy and his of parents who find a box of flavoured condoms in their son’s room.
They are expectedly angry with him, but for a rather unexpected reason. What follows is a hilarious story that reminds Indian youngsters about the first and foremost rule of having sex – always use a condom.
Talking about the World AIDS Day campaign, Ferzad Palia, Head – Youth, Music and English Entertainment, Viacom18 said, “As the ultimate word on the youth, it is our duty and our responsibility to also make them aware of important issues which concern them directly. AIDS is a sensitive but extremely important topic and we aim to create awareness and sensitize youngsters in the language they like and understand best – humour. The film has a fresh and fun tone and we have tried to communicate the message through an interesting take on the mother- son relationship. It is also an attempt to make the country aware that instead of treating sex as a taboo subject, one must educate oneself and others about the importance of safe sex and more so while dealing with teenagers.” 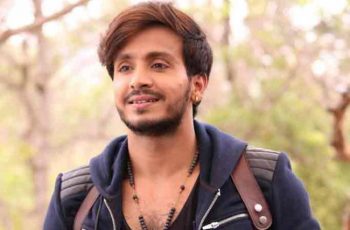 The very talented and beloved actor Param Singh, who is …
In a talk with the actor from Yeh Vaada Raha- …