The show will see some major changes in the coming weeks.

Star Plus’ Saath Nibhana Saathiya has never failed to entertain the viewers, with a regular dose of twists and turns taking place in every episode. Especially, the Jaggi track, has been received extremely well by the audience.

And the icing on the cake for the audience is the beginning of the Jaggi (Mohammad Nazim) and Gopi (Devoleena Bhattacharjee) love story. Sadly, the show is about to witness a few exits, the last one being that of Vishal Singh who played Jigar in the show. The show will soon bid goodbye to the Raheja family. Yes, the track of Krishna (Khalid Siddiqui), Mansi (Kajal Pisal) and Pramila (Utkarsha Naik) will soon be heading for a closure in the upcoming episodes.

Mansi, will aim a gun to shoot Jaggi, but Gopi will save Jaggi and take the bullet. This will lead to Mansi being arrested. Krishna will then beg Gopi to take back the case against Mansi to which Gopi and Jaggi will adhere, but would ask Krishna to divorce Gopi in return, to which Krishna would agree.

We contacted Utkarsha Naik who told us, “Yes, our track has been wound up already. But then you never know. Anyone can return again.” Utkarsha whose track lasted for three months, also added, “Mine was a grey shaded character. How much planning plotting can even we indulge in? Our track brought out good TRPs to the show. It is better to keep it that way than drag out the characters and lower the TRPs ourselves.”

Well, the trio’s track has been left open ended. And as Utkarsha said, anything can happen here, lets hope for the best.

Where on one hand, the team would be bidding good bye to Kajal, Utkarsha and Khalid, they will be welcoming back Vandana Pathak aka the mighty Gaura to the show, on the other. Aaah!! We did miss Gaura.

A key cast member of the show, Vandana we assume, will obviously be coming out of jail and that is how her entry in the show will be telecast. When we contacted Vandana she told us, “Talks are on. But I can’t give you guys a confirmation as of now.”

It would indeed be nice to see Gaura back in action, what say?

Ritik gets romantic with Shivanya and dances on a popular … 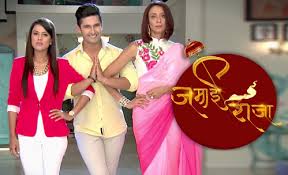