Home
News
Bhadramaa to get jailed in Colors’ Chandrakanta

Balaji Telefilms’ popular fantasy drama Chandrakanta that airs on Colors, is now gearing up for some major twists and turns.
As per the ongoing episodes of the show, Chandrakanta (Madhurima Tuli) is back to take revenge from Iravati (Urvashi Dholakia) and Bhadramaa (Maleeka R Ghai).
We hear that, the upcoming episodes of the series have a lot more drama in store. Read on –
Our source informs us, “In the forthcoming episodes of the show, Chandrakanta will create a big misunderstanding between Iravati and Bhadramaa because of which they will end up having an ugly fight. Their differences will grow so much that Iravati will put Bhadramaa in the jail.”
Woah! That would be quite an interesting watch for the audience. 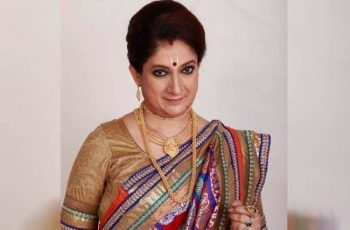 Swagata Mukherjee, who was last seen in a negative role …