Last day of the shoot is shown. All the cast and crew are shown to be dancing. Abhi toh Party Shuru Hui Hai song plays.

Reporter says, Rudra and paro story is about to finish. Story must have happy ending but nothing seems to happy, maayra who is lookalike of paro is crying and is thinking that should she go to rudra. Marriage is in full swing, maayra has become a bride but it is to be seen that whose bride she will be. like on-screen, off-screen people are crying too as this is the last scene to be shot for the show. Director of the show was sad and hugs Maayra( Sanaya).

Maayra says, Its a happy ending like always. I wanted that maayra doesn’t go to rudra and she goes away from him and it ends that way, but I guess people like ending of the show to be happy one.

After pack-up, the party has started. Reporter says, maayra came in a western avatar in party and then she danced on the floor and spreads joy all around.

Maayra says, its been a wonderful journey, I am so happy and proud to do the show like this. All actors were good and they are all great people to work with. Reporter says, Rudra is missing from the party. Maayra jokes that he wont be missed. She then tells that He is busy with Jhalak show so we are missing him but its ok. Reporter says, rudra was missed but all did party and said bye to each other. 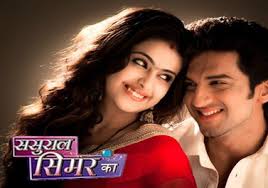 Mohini and Sunanda are kidnapped by the thakruain, she wants …

Reporter says Pandey family are tensed because of the golmaal …