Home
News
We owe a lot to our freedom fighters: Pallavi Joshi

Talented actress Pallavi Joshi is one name that might fade away from the mind for a while but does not get erased from the memory. The actress, who graced television screens with meaningful dramas for the longest time in the 90s, still manages to make a mark with her work.

Pallavi was recently seen in Buddha in a Traffic Jam, a film and TV show Meri Awaaz Hi Pehchaan Hai. But her career’s best continues to be Zee TV’s Antakshari where she used to host the show alongside Anu Kapoor. But that’s not all. She also did praiseworthy shows like Bharat Ek Khoj and Alpviram.

The actress is currently a part of the historical fiction Peshwa Bajirao on Sony Entertainment Television where she plays the character of a widow warrior queen Tarabai, the daughter-in-law of Shivaji Maharaj.

Talking about the challenges of portraying a warrior queen on-screen, Pallavi said, “The role of Tarabai is very challenging, as for the first time, I am attempting something that I have never tried in my entire career. The most challenging part is that I have to be angry all the time. No one allows me to laugh or smile on the set, be it on-screen or off-screen. I am a different personality, a happy go lucky person but for the role I have to keep my expression straight faced. In real life, you will see me smiling 24/7 but now, for the show, I have to take an extra effort so that I can look crossed all the time. But as this is a challenge for me so I am equally enjoying it.”

Being a Maharashtrian, Pallavi knew about the character Tarabai that she is portraying on-screen. Hence, we asked her what she likes the most about the queen.

“I knew about Tara Rani. But when I signed the show, I got to know more about the queen and her titbits. What a woman she was! She had an amazing personality and was a true leader. You can hate her but you also can’t help but love her,” shared the actress.

When asked Pallavi her reason behind picking up Bajirao, she averred, “The most important thing is that these early fighters fought not only for their freedom but for us as well. If warrior queens like Tara Rani would not have fought then we would have not got the freedom of being what we are today. Would you have being given the freedom of being a journalist and I, the freedom of becoming an actress? I don’t think so… We all would have been slaves.”
She continued, “Sometimes, I feel history boggles your mind. It makes you realise that oh my god, we all owe so much to our freedom fighters. When, I get to work in such serials as an actor, I feel it is a very important thing for me because I get to experience the character and also get a chance to enact the role on-screen. I truly feel blessed and cherished.”
Well said, Pallavi! 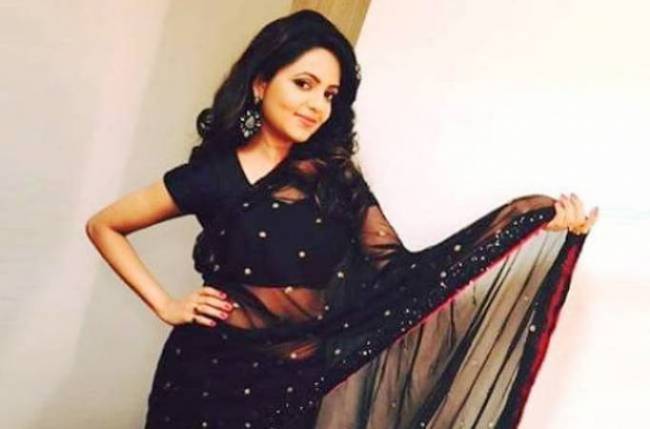 Sugandha Mishra, who has been hosting &TVs popular …