Home
News
My work should make my family proud to see me on-screen: Ashish Chowdhary

The good looking hunk, Ashish Chowdhary, who is all set to be seen on Colors’ upcoming thriller Dev (Peninsula Pictures) had a journey full of ups and downs in his acting career.
Ashish feels elated to have bagged the titular role in the series. The actor says that it’s the content of the show that makes it different from other series.
In a conversation with , he shared, “The content of the series is deep, emotional and it also projects the life story of Dev. The story has been written very beautifully. I have read a lot of scripts in my career and I have found this one as the best so far. I always feel that the scripts should excite me. I am a city boy who watches Netflix and is hooked to other digital platforms. Our audience is different and it’s an experiment for them. Dev is going to be beyond series like Karamchand, CID or any other daily soap or romantic series. As a concept, it can fit on any digital platform also.”
From films to TV and reality shows… Ashish has come a long way in his journey as an actor. He has a lot to share about his roller coaster ride –
The good looking hunk said, “I did few movies and then went on a sabbatical. I did TV before films but when I had started with TV, I started it for fame just like any other youngster. When I made a comeback after four years with 26/11, I wanted money because I had gone through a very bad time and I thought that TV may offer me good money and I will get a choice as well because I have done so many films. My movies have been multi-starrer comedies. Now I have realized that the virtue of an actor and his love for his profession is only patience. I had offers in hand but I wanted something to re-invent because whatever I was getting then was comedy in films. I did Ek Mutthi Aasmaan on TV and then I did Khatron Ke Khiladi out of desperation. I was offered the show every year. I wanted to do something different and to be honest, I needed money as well.”
“Khatron Ke Khiladi made me realize that I was doing wrong all my life. You discover yourself only when you try your hands on something. I never did any adventures throughout my life and I won it. There is no contestant in the history of Khatron Ke Khiladi who has won the series without going into the elimination round and I loved it. I even gave a speech in my kid’s school on how to fight fears. It made me realize why I wasn’t taking this reality show! Your ego or your pre-set mindset can become the reason for your downfall. You always have to be ready for experiment. I had signed a few wrong films and had my downfall. When you do it out of desperation or for money then you end up doing wrong films. Then I realized that I want to make acting as my hobby. I wanted to re-invent myself and this series is just like that which is giving me an opportunity,” he added.
When we asked Ashish if he has any regrets in his journey, he said, “I read something which was very nicely written by Bollywood’s superstar Shah Rukh Khan – ‘You cannot regret anything you do because today where I stand, not only because only of the good things I have done but also the bad things that I have done. Every film has contributed to where I stand.’ That’s what it is for me as well. If you don’t face the bad times then you don’t know how you come up and do the right things again. I have no regrets. My life has been a roller coaster ride.”
“The only thing that I didn’t want to do was the film Girlfriend. I don’t want to do things in life that my children can’t see. I was offered few films where my character was supposed to be badly treated. Why will my children watch any character treating me badly on-screen! I am living for my family and when they see me, they should feel proud of me and not wonder why my father did this. You shouldn’t have anything in your career that you children can’t watch,” he added.
The series Dev was initially titled as Dev Anand but it landed up in a controversy when Bollywood’s legendary actor Dev Anand’s family objected over the name. Later on, the channel dropped Anand from the title.
When we asked Ashish’s thoughts about it, he commented, “I love the name Dev Anand and I think that it’s a tribute to the actor. I will be very happy if a show will be named after the name of my father. I respect the channel that they have removed it. They have shown their dignity by removing it since his family had a problem. That’s how I am in real life! You have to give respect and you always have to be polite and obliged. They have done it because of the respect to the actor. Dev sounds nice as well and also it’s the shortest title on TV (smiles).”
We wish you all the luck, Ashish. 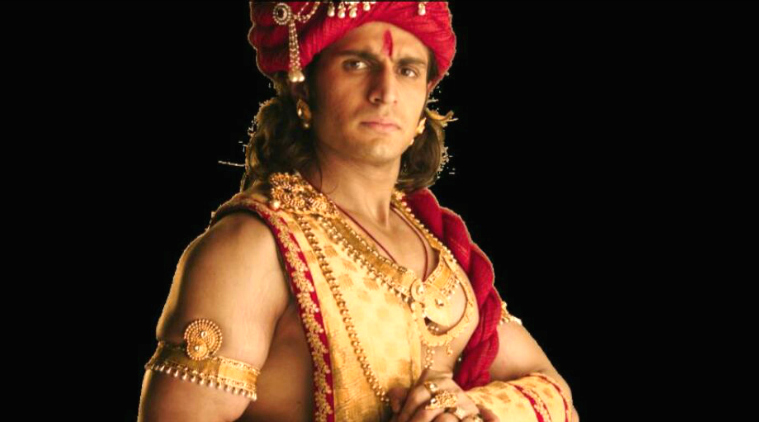 Major fall out between Rajat Tokas and the director of … 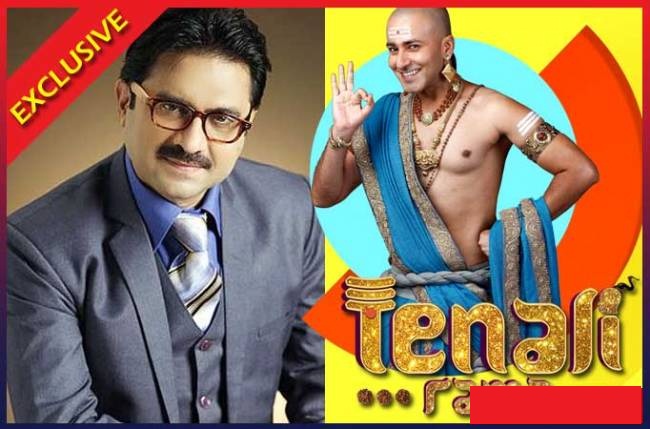 SAB TV’s Tenali Rama has been experimenting with its tracks …