Home
News
Mahakali is portraying Saraswati’s ‘other’ side: Falaq Naaz

Actor Falaq Naaz’s character in Siddharth Kumar Tewary’s Mahakali is a different take on Saraswati. The actor, who has been part of shows such as Gunahon Ka Devta, Lagi Tujhse Lagan, Khamoshiyaan and Sasural Simar Ka, says that this is the first time Saraswati is being portrayed in this light on screen.
“The specialty of Saraswati’s character in the show is, she has two variations. The first is the Saraswati that everyone knows who is calm and composed. And the second variation is when Goddess Kali urges her to use her inner strength to fight against all the demons and evils. That’s when, she turns into this hyper and strong Brahmini. She also fights with the demons in the war. She is a very different Saraswati and will be seen for the first time on screen,” she says.
Therefore it goes without saying, her look in the show is elaborate and it takes time for Falaq to get ready. “It takes maximum one and half hours to get ready. Initially, when we were setting up the look, it used to take almost eight to nine hours to get ready. But now, we have got the habit of wearing everything including the makeup, so it has become easier now,” she says.
However, despite its challenges, Falaq loves to be part of a costume drama. “I think when you are doing any normal daily soap, you are basically playing an ordinary everyday character. But when you are doing a mythological show, you get to play a whole new character, who you have just heard about in stories. So it is really an amazing experience,” says the actress.
Talking about working with Swastik Productions and Siddharth, she says, “It is superb and amazing. Siddharth sir is that kind of a producer who is there on the sets for everyone. He is very helpful and he makes his actors feel confident about their craft.”
“Shooting for the show has been memorable,” says Falaq adding, “It surely will be wonderful in the future as well because everyone in the team is superb, especially, Pooja (Sharma) who is playing Mahakali and Nikita (Sharma) who is playing Laxmi. We have bonded very well now.”
Talking about the expectations from the show she said, “Firstly, it is a woman oriented show, it is all about women empowerment. Secondly, it shows a different perspective of the Goddesses, which has been done for the first time on the television. And lastly, everyone, especially Pooja Sharma, who is playing Mahakali, has put a lot of efforts to play the role. So please watch the show and give us all your support and love!”
Good luck, team!
Keep visiting this space for more updates. 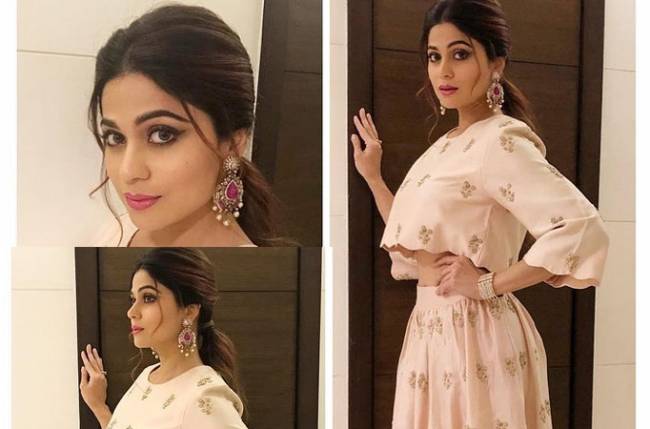 MUMBAI: Actress Shamita Shetty was recently alleged of being rude …