The actor will be appearing in all the fours shows.

Actor Jay Soni became a household name with his role in the hit show, ‘Sasural Genda Phool’. He next played the lead in ‘Sanskaar-Dharohar Apnon Ki.’ Its been almost two years now that the actor has not been seen in the fiction space.

But, it seems there was an overflow waiting to hit him, as the actor has been approached for four shows, and guess what? He will be appearing in all of them!
Yes! According to a leading news daily, Jay will be starring in ‘Bhabhiji Ghar Par Hain?’, ‘Gangaa’, ‘Waaris’ and ‘Santoshi Maa’, where he will playing the role of Lord Krishna. Co-incidentally, all the four shows air on &TV.

Talking about this one-of-a-kind happening, the actor explained how this is a totally different experience for him as he will be playing a God for the first time, and also, is glad that he had to sport a clean-shaven look.

The actor added that he is excited to be a part of this endeavor and would love to play a rich spoilt brat in upcoming projects, wanting to break away from his boy next door image for himself and the fans.
We wish Jay all the best for this new venture and hope he ‘blesses’ everyone with his acting skills..! 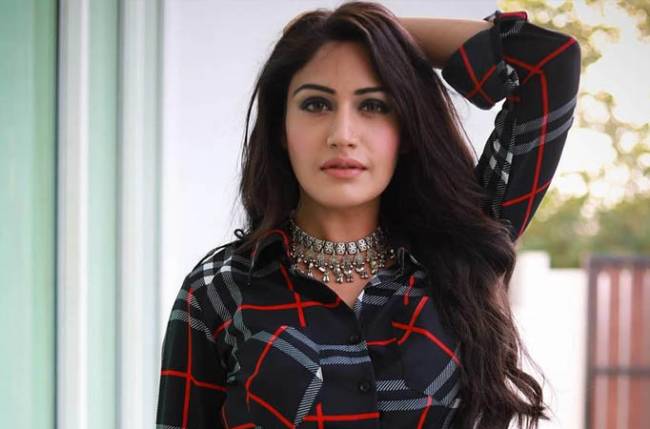 Social media is on fire these days as our tinsel …

Ishani becomes joker and teases her mother in law. Baa …