Rashmi Desai gives a sizzling dance performance on the set of Jamai Raja. She dances on the song Kahin Der Na Hojaye. Roshini is seen enjoying the dance. Reporter says new guest have come Jamai Raja’s sasural and is waiting for Sid. Don’t think it wrong. She is creating a suspense which will soon be revealed. Reporter says she dances on the song old beautifully and our Roshini joined her as she is waiting for Sid. Rashmi drags Roshini to the dance floor. They both dance well. Today Roshini is going to marry Sid for the second time. Then Roshini imagines Sid dancing with her. Roshini says her groom is not here. She is waiting.

She says DD organized her wedding with Sid as she didn’t attend her wedding before. Reporter says Rashmi is enjoying the dance. Rashmi says she is liking a lot and didn’t know that she will do the performance. Sid comes and makes Roshini wear the garland. They share some romantic moments while dancing. Roshini says she doesn’t know what is going to happen. Sid is not attending her calls and don’t know what he will do after he comes. Reporter says Sid will declare that he is a multi millionaire and his mum Simran will buy DD’s house to give a fitting reply to DD’s insults. 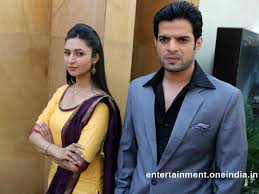 Deepika and Arjun Kapoor have arrived at Ishita’s house. As …