Neil is playing Dandiya with his family members. Dhol Baaje Plays……………..Reporter says today Neil is playing Dandiya with Ragini, although he is always appears to be serious. He is participating in his daughter’s wedding and is enjoying it fully. Neil says he played dandiya only in shows. Reporter says dandiya plays an important part of his life. Neil says he used to play dandiya in his teenage days when he went to see his special friend or even played with her.

Reporter says Nivedita likes you, but you don’t care for her. Your focus is on Ragini. When Ragini gets hurt, Neil rushes to her. Neil says whenever Ragini is in pain, he feels her pain. Nivedita wears a beautiful saree and is trying to impress Neil. She plays Dandiya with them. Nivedita says she is unsecure, but doesn’t tell anything to Neil. She tells Neil that she trusts him as we are going to marry. I know you won’t let me down. She is a smart woman and knows what is going on between Neil and Ragini. She is keeping a watch on them. Keep reading. 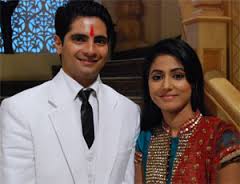 Reporter says, Akshara is getting emotional. Akshara hugs naksh and … 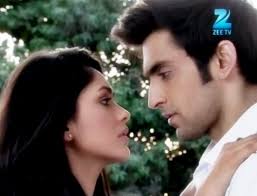 Abhi and Pragya are in the hotel, Tanu follows them …