Reporter says Sahir is getting angry on Arzoo. Arzoo is silently hearing everything. Sahir says, he has said so many big words. Arzoo says she heard everything silently. She gets scolded if says thank you or sorry. I accepted my mistake. Reporter says she tries to set everything right but things gets wrong everytime.

Anam had stolen Arzoo’s designs and presented to Sahir as her designs. Arzoo says it feels bad when someone steals the designs and hard work. Sahir says, he likes the designs which Anam brought. Arzoo claims that it was her design. If it is hers then she will get credit else….. 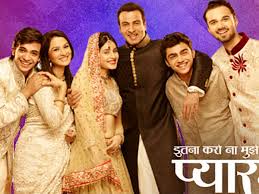 Neil and Ragini are going to marry each other and …