Popular contemporary dancer Shakti Mohan says she feels “offended” when people ask her if she is considering making her acting debut.

Popular contemporary dancer Shakti Mohan says she feels “offended” when people ask her if she is considering making her acting debut. While she is open to doing films, she is satisfied being a dancer.
“I don’t know why people don’t ask actors if they will become a dancer. They are never asked if they will become a singer. But when you ask a dancer, I feel very offended.”

“I am very fulfilled just dancing. If I’ll get an opportunity, I will act, but it (my part in the film) has to be related to dancing,” Shakti, who is currently seen as a mentor on dance reality show “Dance + Season 2”, said in a media interaction here.

“I want dance to emerge as a field where people can feel proud of being a dancer and they shouldn’t feel the need to be a Bollywood actor,” she added.
Shakti has been learning dance since childhood, but she says she had not thought about pursuing it professionally.”
“I feel very lucky to be at this place because I never chose dance as a career field. I wanted to be an IAS officer. Everything has happened by the way. God is making me go somewhere and I am just following the path,” Shakti said.

She started learning Indian classical dance form Bharatanatyam since she was in the seventh grade at school.
“I learnt it for eight years. After that I started learning contemporary (form) and now I am into that only,” said the danseuse, who was motivated to take up dance as a career after choreographer Terence Lewis encouraged her.
She feels in terms of Indian dance forms, folk dances are not seen much on stage.

“Classical is a more refined and structured dance form. Folk is made for celebration. That’s not a very competitive dance form. Though you can bring classicial on stage, folk becomes limited… Like you would love to do bhangra and garba at parties, but when you see it on stage, it is very limited in terms of movements,” Shakti said.

Also, she feels that if a dancer brings modifications to folk dance, several critics would raise concerns.
“My identity is through contemporary. When I do it, my soul comes alive. So I feel the youngsters are relating themselves to the western dance forms more. I feel we should be focusing on being more global rather than preferring only our Indian dance forms,” she added.

Ragini cries and looks at the sky. Main Tenu Samjhawa … 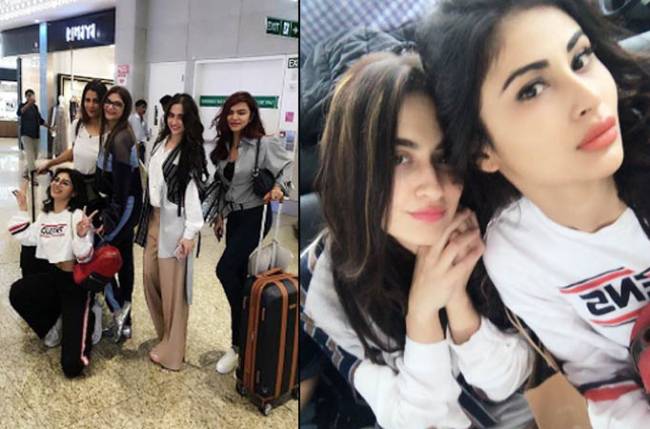 MUMBAI: After working round the clock, your heart craves for …