The actor will soon enter the show in an interesting character…

Ashiesh Roy, who has been loved by the audience for his character in Star Plus Mere Angne Mein will soon be seen in SAB TV’s Dr. Madhumati.

The actor has been roped in to play an interesting character. He will be entering as Madhumati aka Debina Bonnerjee Choudhary’s uncle, who would want Madhumati to get married to a guy who is very a religious person. The track is somewhat inspired from the Bollywood movie Dulhan Hum Le Jayenge.

We spoke to Ashish, who confirmed the news and told us, “Yes, I am entering the show. I am returning to comedy after a gap of 1 and a half year, so naturally, I was nervous doing my introduction scene but Debina and I hit it off from the word ‘Go’ and all went fine.

The role is completely opposite compared to my serious role in Mere Angne Mein. Making people cry is easy and making them laugh is difficult. That’s why they say comedy is the most difficult art. 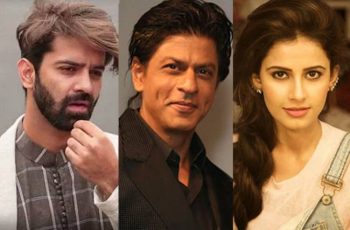 Twinkle dances in the party with a veil on her …